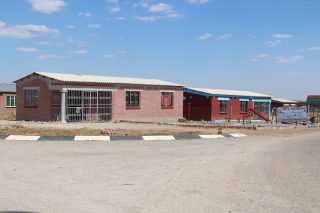 The pomp and fanfare which signaled the beginning of the $7 million Stoneridge Housing Project in October 2016 have culminated in dreams coming true for over 600 families who are now proud homeowners. The families now have their own roofs over their heads thanks to the Project which had a total of 863 stands, 340 of which are for members and the remaining 523 for non-members. A section of the houses which were being financed by a local building society via a three-phase plan was completed in October 2017. Some 135 houses were completed in batches of 40, 65 and 30 respectively signifying the three different phases. Some of the houses are 4 roomed cores houses while others are five roomed including dining and lounge. The houses are 48m2 and 78 m2 respectively. The Stoneridge Housing Project has not only benefitted CIPF members but the construction industry as a whole through the creation of 210 jobs on-site and hundreds of others through related downstream activities. 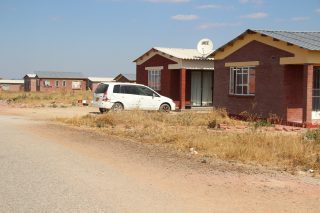 Investment in housing was seen as a better cushion for members as they would benefit by owning roofs over their heads at retirement as opposed to only receiving pensions at low values as what obtained after the hyperinflationary period leading to the dollarized economy. The Fund has about 170 applications from members that were put on hold following the suspension of sales due to pricing issues. These members will be notified when sales resume. Future plans for Stoneridge include the development of a school, church and crèche stands. Another value addition process will see the construction of Shell houses. This will see buyers taking possession of a ready home instead of constructing on their own, a process that takes time. The Fund will also enhance the environment at Stoneridge by planting trees around the perimeter wall.