The Fund is administered for contributing members in the Construction Industry in Zimbabwe by appointed Trustees made up of equal representatives of employees and employers in the sector.

The Fund is administered for contributing members in the Construction Industry in Zimbabwe by appointed Trustees made up of equal representatives of employees and employers in the sector. There is a secretariat in place which runs the day to day operations of the Fund.

The CIPF Board of Trustees mandate among other duties is to:
1. Ensure that there are proper internal controls which are adhered by or on behalf of the Board
2. Ensure proper record keeping and management of the Fund
3. Ensure that the Rules and regulations of the Fund comply with the Pensions and Provident Funds Act.
4. Ensure that there is proper information dissemination to all members of CIPF concerning their rights, duties and benefits in terms of the CIPF Rules
5. Ensure that pension contributions are remitted timeously to the Fund in terms of the Pensions and Provident Funds Act.
6. Ensure prudent investment of the fund’s resources for the benefit of the membership.

Israel holds a Bachelor of Law (Honours) Degree, an MBA and PhD in Leadership and Corporate Governance. He also holds Diplomas in Leadership and Corporate Governance as well as in Human Resources Management. He is a Chartered Human Resources Practitioner (CHRP“G”) and Fellow of the Institute of People Management Zimbabwe (IPMZ).

He is a member of both the Zimbabwe Institute of Management (ZIM) and Institute of Directors Zimbabwe (IoDZ). Israel previously held positions of Employee Relations Manager and Human Resources Manager with two local multinational banks namely Standard Chartered Bank and Stanbic Bank. Before joining FBC Bank Limited he was the Human Resources Executive of a large Zimbabwean meat and food processing company known as the Cold Storage Company.

He also holds a Non-Executive Directorship with GB Holdings Limited, a listed entity on the Zimbabwe Stock Exchange, and is past Non-Executive Director of a state-owned enterprise known as National Handicraft Centre, and immediate past Independent Chairman of Motor Industry Pension Fund. He is a past Chairman of 2 National Employment Councils (NECs) namely, NEC Energy and NEC Motor Industry. He is a member and past Chairperson of the Banking Employers Association. He is the 1st Vice President of the Employers Confederation of Zimbabwe (EMCOZ) which is the national grouping of all employer associations in Zimbabwe. He is also Chairman of Construction Industry Pension Fund and Non-Executive Director of Slice Distributors. Israel Murefu also sits on the boards of 2 subsidiary companies of FBC Holdings Limited which are Microplan Financial Services and FBC Securities.

Israel has won the HR Director of the Year Award from IPMZ in 2016 and 2017 consecutively.

Obert re-joined the Construction Industry Pension Fund (CIPF) Board of Trustees during the last quarter of 2013. He is an Employer Trustee and has over 30 years’ experience in the industry. He is the Vice Board Chairperson, Chairperson of the Risk Committee, and is a member of the Audit and Compliance Committee. He is currently the Chief Executive Officer of Reliance Holdings Incorporated.

Noel is the founder and Chairman of Global Shopfitters Zimbabwe. He is a Chartered Accountant and is the Chairperson of the Investment Committee and a member of the Risk Committee. He sits on the boards of several private enterprises.

Forzert is an Employee Trustee and is ZCATWU Deputy Secretary General. She is the Chairperson of the Remuneration Committee and is also a member of the Risk Committee of the Board. Forzert joined the construction sector in 1981 as an employee of the Trade Union and rose through the ranks to her current post.

Enjula is an Employee Trustee and is the Chairperson of the Audit & Compliance Committee of the board. Other posts she held include Chairperson – Women’s Affairs and Treasurer. Mpofu also sat in the ZCTU Women’s Advisory Council (WAC). She is employed by J&F Contractors.

Phanuel is an Employee Trustee and is the President of ZCATWU. He is a member of the Investment Committees of the Board. Makuwaza is based in Mutare where works for AEO Construction. He has over 30 years experience in the construction sector.

Engineer Nherera is an Employer Trustee and joined the Board of Trustees in March, 2014. He is a member of the Investments Committee. EngNherera is a Civil Engineer having graduated at the University of Zimbabwe in 1992 and has over 20 years of experience in the Construction industry. He is a Director with Mak Bokano Construction. He is the President of Zimbabwe Building Contractors Association (ZBCA). Eng Nherera has presided over numerous construction projects over the years both as an employee and as an entrepreneur. 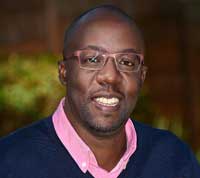 Gamaliel is a Chartered Accountant (CA). He  chairs the Audit Committee and also a member of Risk Committee. He has worked for various organizations post qualification as a CA before starting his own construction and property development business, Westmoreland that he runs till today. He was the founding Chairman of the National Building Society and sits on the boards of various companies, associations, and professional organizations.